After posting the article Tips On Teaching Household Economics To Your Children, I received some phenomenal feedback from readers. Some of the best comments came from the awesome *Thrive Tribe* started and headed by Dr. Monikah Ogando. This group consists of entrepreneurial leaders who are constantly looking for ways to grow their efforts and help others to do the same. One of my fellow Thrivers, shout out to Ms. Dawn, mentioned the importance of parents grooming children in the proper “mindset” and “allowing their children to dream and take risks.” Of course, she mentioned many other great nuggets…all in due time. But, in reflecting upon many of my interviews with these phenomenal millionaires (and billionaires), developing their children’s minds and encouraging them to take risks, were significant aspects of their own upbringings, as well as the way they raised their children. Let’s explore some of the ways this was done.

One of the biggest and most consistent themes I noticed in my conversations with these economic and business giants is that their parents (and they as parents) prioritized cultivating the proper environments in which their children were developed. A major part of these enriching environments consisted of television regulation, and in some cases, no television. Now, in today’s world where the various networks and streaming services come up with several intriguing new shows every season, this is extremely difficult. It’s hard for adults to limit television intake, let alone limiting that of their children. But, when I posed a question that had anything to do with entertainment and daily activities, all of the millionaires said the same thing! They either had very strict television allowances or none worth mentioning. Corporate giant Keith Wyche (check out his bio at www.keithwyche.com) said he and his sisters were only allowed 30 minutes of television each week! The rest of their time had to be spent on activities that encouraged brain growth versus “dumbing down;” activities like reading, writing, physical activity…etc. That may be a hard one, I know. But, one way my husband and I tackle this particular issue is with no television throughout the school week; and on the weekends, they get to watch television or play video games one hour for every hour they read. So, if they know that Teen Titans (or whatever) is going to run for an hour, they get their prerequisite hour in before it comes on. Most of the time, they choose their own /74reading materials, with the understanding that there are some books we simply require them to read.

When I was talking with Bill Patterson, the father of author and wealth & business coach William R. Patterson from www.baronseries.com, he said that there were three requirements he and his wife placed upon their children. They were: to learn a foreign language, to play an instrument, and to play a sport. They further required them to do these to the point of mastery. Each of the three areas of The Grooming Trifecta (yes, it’s my phrase and I’m coining it!) is rich in the ways they

add to a child’s development. We’ll discuss them further in a future article. But, let’s just say that they all expand a child’s perspective and deepen his/her thought patterns far beyond that of those who don’t experience any of these activities.

As adults, we always learn something (several things) in adulthood that make us think, “if only I’d learned that as a child!… Man!” Well, for me, the lesson of failing often and failing fast is that lesson. Many of us grow up to become timid and afraid to try the desires of our hearts, because we don’t want to fail and look stupid. Additionally, so very many of us tragically never allow ourselves to even dream of things that are beyond what meets the eye. The crazy thing is, none of us were born that way! Something happened between childhood and adulthood perhaps even between childhood and adolescence that caused us to abandon our natural inclinations towards exploration and bounce-back. Millionaires recognize this and create environments that support their children’s inclination towards endeavor, no matter how aloof or far-fetched it seems to the parents. They encourage their children to seek the necessary resources to accomplish their goals and pursue them without judgment or limitation. In the words of Bill Patterson to his children, “Don’t let anyone tell you what you can’t do. Even if that somebody is me.” 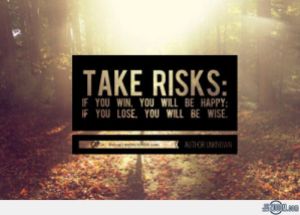 Applying just these three methods will have you well on your way towards #RaisingBlackMillionaires. To stay informed of the audio book release of How To Raise Your Black Child To Be A Millionaire, enter your name and email address and receive audio clips from the series! In the meantime, join the conversation by leaving a comment below, and share the article with your Facebook and Twitter friends!

Share this article
Tips On Teaching Household Econo...
At What Age Should I Begin Teach...

This site uses Akismet to reduce spam. Learn how your comment data is processed.