For the poor and middle class, interest is quite frankly the devil’s pitchfork, right?! But for those who are into wealth building, there’s this thing called compound interest that can make the difference between how their assets are acquired and where their great great great grandchildren attend college. The wealthy use interest in a way that builds their assets, not deplete them. That’s, in my opinion, the greatest difference. We’ll talk more about that later, but for the purpose of this article, we’re interested in interest as it relates to credit cards.

When I decided to begin my personal journey of biting the bullet and holding myself fully responsible for building my family’s wealth, first through improving my own financial literacy, I determined early on that I would pretty consistently enroll in financial literacy and wealth building courses/trainings. One of the courses that has had the greatest impact on my personal asset building journey has been the M.O.S.E.S. Movement Training Course. During one of the trainings, William R. Patterson, talked about the use of credit. He mentioned how the wealthy only use credit when using cash or funds directly from a checking account would cost them more money. Let me give you an example of this.

I’m sure many of us have rented cars for trips or when your main transportation breaks down. If you use a debit card versus a credit card, the rental company puts a hold on your debit card that is beyond the rental amount. As someone who used to work for a renal car company, I know that the holds can vary from $150 to well over $500 per rental. If you’re traveling on a strict budget, that held money may be your gas or meal money. 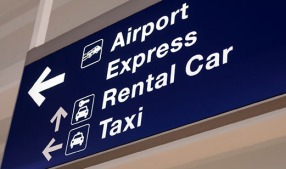 Even worse, you may find yourself in a position where you weren’t expecting the hold, your children are looking at you with excitement about the trip, and you end up accepting the hold and causing your account to be overdrawn; because, well, you have to eat…right?

While wealthy people don’t have to deal with the potential of their accounts being overdrawn, this is so; because they are meticulous about where they place their money and how they spend it. This equates to having complete control over their funds. So, if there is the possibility that they will be charged more or more of their funds will become forcibly held from them for a period of time, they use their credit cards for those instances. Once they’ve returned from their trips or finished their rentals (well within 30 days), they pay off the borrowed amount and prevent any interest charges. You see how that works? They manipulate the credit to their own advantages. Perhaps manipulate seems too strong of a word.

Let’s say, they make the credit work for them versus allowing it to hurt them. They borrow the money to prevent losing money, then they quickly repay the borrowed money to the credit card company before being charged interest. In this equation, the credit card company has their money back, no third parties got more money than they had rights to, and the borrower wasn’t charged any interest. Everyone is happy. But let’s be clear, doing this requires the borrower to already have the cash to pay for the charges they’re putting on their credit cards. They’re not using the cards to pay for something they could not afford with cash, if cash was an acceptable option that wouldn’t cost them more money to use. They call this responsible borrowing. We discussed this a little in the article What To Teach My Children About Credit.

Just think, if everyone who has credit cards practiced this, the credit card companies would go out of business, because they wouldn’t make any money from lending; and hotels, rental companies,…etc. would have to drop these holding fees, because there simply wouldn’t be an alternative to debit or cash.

The challenge is, practicing responsible borrowing requires discipline and meticulous money management. Many of us get a large sum of money (perhaps in a tax refund) and we’re so entertained by the relief of having more than we’d previously had, that we relish in the feeling of carefree spending by not keeping close watch of how much and when we’re spending. This goes on until our cards are rejected or we’re hit with an overdraft fee that brings that carefree spending to a screeching halt. Our children see all of this. And if we teach them better habits by improving upon our own spending and money management, they’ll be in a position where they don’t have to unlearn the poor habits, because all they’ll know is the good habits. Additionally, if they learn these habits and how money works, now (presumably far earlier than teenage-hood), by the time they go away to college or graduate from high school, they’ll know how to properly use credit cards and do so to their own advantage.

So, instead of just telling our children to be careful with credit cards or to stay away from getting a bunch of cards when they go off to college, like I was told, let’s provide them with greater mass of how and why this is so important, beyond just the concept of getting into huge credit card debt.

What are your thoughts? Leave your comment below and use the #RaisingBlackMillionaires. If you missed the last article, here it is Our Children’s Roles In Legacy Maintenance.

Share this article
Am I Really Providing A Better L...
One Of The Best Ways To Raise In...

This site uses Akismet to reduce spam. Learn how your comment data is processed.